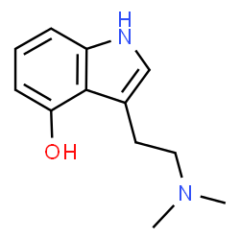 Buy Clean and pure Psilocin [>96.5%] direct from our online shop
Shipping to USA, EU, NZ, AU *
*for research purposes only. human consumption is against our terms of service.

psilocin’s psychedelic effects are believed to come from its interactions at the 5-ht2a receptor as a partial agonist. however, the role of these interactions and how they result in the psychedelic experience remains the subject of ongoing scientific investigation.

psilocin was first isolated and named by albert hofmann in 1958. its psychoactivity is thought to emerge from the close chemical similarities with the neurotransmitter serotonin, which enables it to interact with a range of serotonin receptor sites throughout the brain that are integral for sensory and cognitive processes.

notably, while psilocin naturally co-occurs with psilocybin in significant amounts of most psilocybin-containing mushrooms, it is only ever rarely encountered in its synthetic form. anecdotal reports describe pure psilocin as a more lucid and aggressive version of psilocybin mushrooms.

unlike other highly prohibited substances, psilocin is not considered to be addictive or physiologically toxic. nevertheless, adverse psychological reactions such as severe anxiety, paranoia and psychosis are always possible, particularly among those predisposed to mental illness. it is highly advised to use harm reduction practices if using this substance.

psilocin and its phosphorylated inactive precursor (i.e. prodrug) psilocybin were first isolated and named in 1958 by swiss chemist albert hofmann. hofmann obtained the chemicals from laboratory-grown specimens of the entheogenic mushroom psilocybe mexicana before proceeding to find their synthetic routes.

psilocin, or 4-ho-dmt, is an organic indole alkaloid molecule of the tryptamine class of chemicals. tryptamines share a core structure comprised of a bicyclic indole heterocycle attached at r3 to an amino group via an ethyl side chain. 4-ho-dmt is substituted at r4 of its indole heterocycle with an hydroxyl (-oh) functional group; it also contains two methyl groups ch3– bound to the terminal amine rn of the ethyl side chain. this makes psilocin the 4-hydroxy structural analog of dmt, and dephosphorylated analog of psilocybin.

psilocin can be obtained by dephosphorylation of natural psilocybin under strongly acidic or under alkaline conditions via hydrolysis, which is how it becomes metabolically active in the human body as well.

in terms of its physical properties, 4-ho-dmt is relatively unstable in solution due to its phenolic hydroxy (-oh) group. in the presence of oxygen it readily forms bluish and dark black degradation products. for this reason it is recommended to store it in optimal chemical storage conditions (i.e. cool, dry, away from light) to avoid excessive degradation.

psilocin’s psychedelic effects are believed to come from its interactions at the 5-ht2a receptor as a partial agonist. however, the role of these interactions and how they result in the psychedelic experience remains the subject of ongoing scientific investigation.

in contrast to lsd, this compound has no significant effect on dopamine receptors and only affects the noradrenergic system at very high dosages. 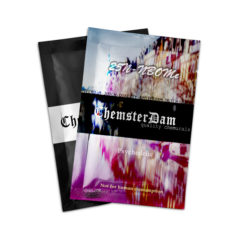 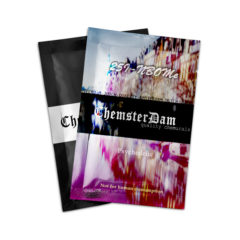 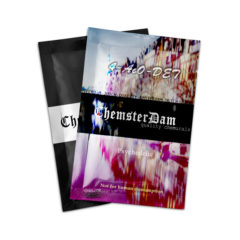